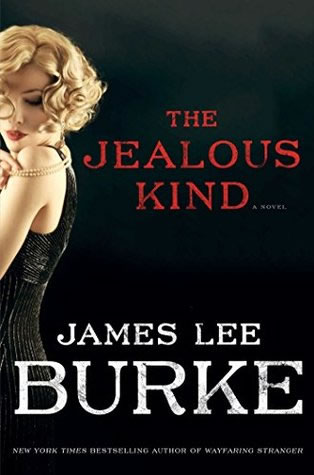 This book has something to say I can feel that in me… but I just don’t seems to be cracking it open. I feel it’s like a Rubik’s cube that needs to be unlocked, and I could do it, it is within me to break through the veil, but it would take more effort than I’m will to expend… and I’m asking myself is James Lee Burke the author to to tell me… I feel he’s speaking man to ,an but to a man who can relate to this particular time frame… the lesson transcends geography but not the timeframe, where as Hemingway speaks make  to make in a way that transforms both location and time…

The paradox of detail … not enough detail and it could be any place, anywhere, anyone… too much detail locks a story in time or place… the character seems less a character and more a portrait of a specific person.

This story start with Aaron Broussard doing something that he’s not been able to do before… stand up to bullies. Being that this is James Lee Burke, the bullies are the well-heeled set. But its not for himself that he stands his ground but on behalf of Valerie Epstien, a damsel in distress. Well, maybe not distress, but certainly on a bad date.

But it I thought it strange that the scene that opens this story, a swimmer of the coast of Galveston in the late 50’s, is almost the same scene as the opened to James Lee Burke’s novel Crusader’s Cross one of the Dave Robicheaux novels.

Now there is a a murder lurking in the background of this story, but its not so much at the heart of this story for me to really consider this a ‘mystery’ per say. So… somewhere around the halfway mark I’ve put this back up on the shelf… perhaps I’ll pull it down and pick up where I left off… when I’m older and wiser and too advanced in years to benefit from the good advice I’m sure is there just hidden beneath the surface.

“I was trying to tell you you’re everything that’s good. That’s why I couldn’t understand how you could go out with Harrelson. I’m not the same since that night at the drive-in.”
“Don’t talk stupid. People don’t change,” she said. “They grow into what they’ve always been. They just stop pretending, that’s all.”
My head felt small and tight. My cheeks were burning. I couldn’t speak.
“Some people are the jealous king,” she said. “They don’t love themselves, so they can’t love or trust anyone else. There’s no way to fix them. That’s why you’re really upsetting me.”
“I think that’s the worst thing anyone ever said to me.”
“I’m going upstairs now and lie down,” she said. “You can let yourself out.”