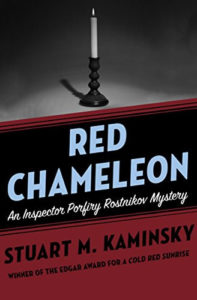 Red Chameleon – This is the third Inspector Rostnikov novel. Published in 1985

I found it interesting that the novel mentions the transitions in Soviet leadership through the span of the prior novels, Death of A Dissident (1981) and A Black Knight in Red Square (1983) From Brezhnev to Andropov and then the death of Chernenko. From the climax of the second novel to the start of this third novel finds Chief Inspector Rostnikov demoted to simply Inspector Rostnikov, and it is due to this demotion that Procurator Khabolov, who succeeded Procurator Timofeyeva, assigned Rostnikov, along with his new leg-man the uninspired Comrade Zelach, to investigate an insignificant murder of an old Jew.

“In Moscow, the investigation of a crime is a question of jurisdiction, and the investigation of important crimes is an important question of jurisdiction. Minor crimes, and no one is quite sure what a minor crime is, are handled at the inquiry stage by MVD, the national police with headquarters in Moscow. Moscow itself is divided into twenty police districts, each responsible for crime within its area. However, if a case is considered important enough, a police inspector from central headquarters will be assigned. The doznaniye, or inquiry, is based on the frequently stated assumption that “every person who commits a crime is punished justly, and not a single innocent person subjected to criminal proceedings is convicted.” This is repeated so frequently by judges, procurators, and police that almost everyone in Moscow is sure it cannot be true.”

An old man is murdered in his bath and the only clues that Inspector Rostnikov has to go on is a very old photograph of four young men, and an old brass candlestick was taken from the scene. A very old photo of now very old men… who are they? Where are they? Are they even still alive? Well, at least one of them isn’t alive anymore. But who takes a simple old candlestick? It’s a question, a puzzle that draws the detective in Rostnikov to solve.

Along the way he, like Prometheus, tries to bring that spark to Comrade Zelach and ignite the detective in him.

“Zelach,” he said as they rode up the escalator, “do you think of me as a violent man?”

“No, chief inspector,” said Zelach indifferently. “There’s a stand on the corner. I have not eaten. Would it be all right if I bought some blinchiki?”

“It would be all right, Comrade Zelach,” Rostnikov said sarcastically, but the sarcasm was lost on Zelach. “Do you want to know where we are going?”

Zelach shrugged as they pressed through the morning crowd.

“In that case, we will let that be your surprise for the day.” 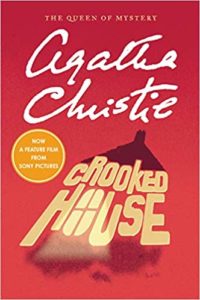 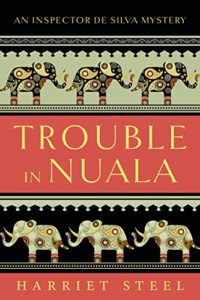 I really can’t recall encountering a more complacent and reluctant protagonist in a mystery novel.

This is a mystery of a cozy variety. The setting is colonial Ceylon in the 1930 and I thought that was very nicely set and laid out. The descriptions of the lush garden are a delight for several senses, as well as the author’s treatment of the variety of foods consumed. She paints the picture very deftly.

But for most of the first half of the novel the only thing missing… was a mystery. When we finally got to the discovery of the body, the inspector’s lack of initiative, or even much interest beyond the perfunctory procedural motions had me taking a step back and wondering if rather than the Inspector, Shanti de Silva bein the ”detective’ of this story… perhaps his wife Jane is. She seems to be the more inquisitive of the two, and even enjoys her detective novels from the local library.

“His brow furrowed. Why wasn’t he as angry as Jane about this Renshaw business? It was too easy to dismiss her views as womanly emotion. If a snail was important, wasn’t a man even more so?”

He even dissuades her from speculation…

“‘Anyway,’ he mumbled through a mouthful. ‘I know you too well. You’re just curious to find out how they know each other and it’s really none of our business.’ “

She is the one pointing out to him…

Even upon finding the body.. The corpus maximus he has this lovely line:

“Where will going round asking a lot of questions get us?”

At this point I practically spoke to the book saying “A Clue! Perhaps asking some questions might get you a clue or two..”
Eventually he does take on the mantle of ‘detective’ and set about questioning suspects and pointing out the clues in the story… but up to this point I seriously had my bets on Jane as the detective.
But all’s well that ends well. I do like him as a character, and the scenes where he has interactions with his wife are warm and cozy, like a mystery of this stripe should… and despite the slow start, I will be reading the second in this series shortly.