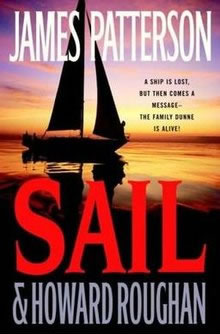 Sail – James Patterson and Howard Roughan Little, Brown and Company published 2008 coming in at 388 pages. I read the hardcover from the library as one of their ‘Summer Reads’ selections. Anything having to do with the beach was stacked up on that table… including Peter Benchley’s classic Jaws, a perfect summer beach read I’m sure.

This is definitely another quick page turner from James Patterson. The liberal use of white space and seriously short chapters makes what looks like a lot of pages go by a faster than expected pace. One benefit of the short chapters is that as you’re reading the story, the numerous change in points of view and different narrators flow smoothly and naturally. This is another solid story of suspense that does provide a sudden twist or two before the whole tale be told matey.

A family suffering from a recent loss sets sail on a family vacation.  With uncle Jack at the helm of the family’s craft, mom and three kids embark on a trip to the Bahamas. Family conflicts and disfunctions play out in the confinement of their physical space, but after a sudden storm at sea, and an explosion which destroys the boat, the family finds the strength to overcome the onslaught of the elements thrown against them.

But what caused the explosion?

And with a distress signal sent, where is the rescue?

And who are these shadowy figures the new step father is meeting with?

Ps. If you have a negative view of lawyers as arrogant, money minded psychopaths… well, have I got a book for you!

We’ve all had an impossible day, but with Jake’s having to save Carrie and the boat, he is definitely our hero. The least I can do is stay up until he finishes.
Besides, it’s a absolutely beautiful night out on the deck. So many stars. The heavens peaceful and calm. I’m reminded of my days as a churchgoer and I say a few prayers of thanks.
Then I lean back on the cushioned bench behind the helm, wrapped warmly in a fleece blanket, my eyes tracing one constellation after another. Orion, Lyra, Cassiopeia. When I come across the Big Dipper, I can’t help a bittersweet smile, “You know, sweetheart, technically the Big Dipper is not a constellation,” my father told me over and over when I was around eight or nine. He either didn’t know he was repeating himself or was worried I’d forget. “It’s an asterism,” he’d explain, practically sounding out the word for me every time. “That means it’s only part of a lager constellation.”
…
“In a way,” he’d continue, “we’re all Big Dippers, part of something much bigger than ourselves. At least I hope that’s how you come to see yourself.” 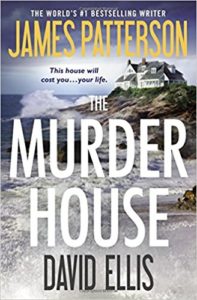