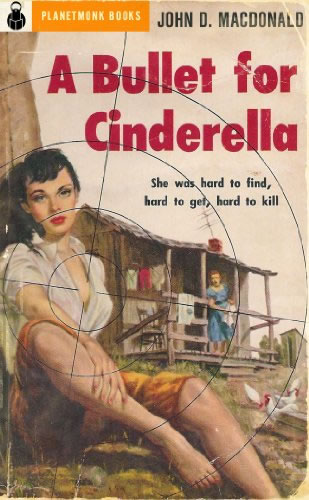 Tal Howard returns home from the Korean war having been held captive in a POW camp. He finds himself somewhat changed by his war experience. His ‘old life’ doesn’t seem to fit him any more. He’s dissatisfied with both his clerical work at an insurance company, and his domesticated married life. He doesn’t know exactly what he wants… he’s just certain that what he has, isn’t it.

About this time Tal remembers a friend of his who died in the camp. This friend of his confessed to him an embezzlement he did before being drafted. The ill gotten gains where stashed back in his home town. Another prisoner in the camp “a Texan and a Marine”, known for his strength and his callousness, evidently overhead this confession because when Tal goes in search of this nest egg, private Fitzmartin is already in town.

The friend who left this stolen loot never lived long enough to tell Tal exactly where it was stashed. But what Tal does have, that Fitzmartin doesn’t, is a clue… a clue that can only be deciphered by ‘Cinderella’. As Tal works to solve this mystery he is quite aware that Fitzmartin will be stalking him… and will stop at nothing to seize the spoils!

It was quite a good story. Its a stand alone pulp written before John D. MacDonald would create the Travis McGee series of adventure stories.  I found it very interesting that issues like gentrification of cities and towns, as well as cultural stagnification from mass media were issues brought up within the story. Issues we are still addressing today. But at the heart of it, the story is really about man’s search for meaning… and what constitutes ‘treasure’.

I drove back out to the motel. It no longer seemed important about meeting Antoinette in the morning. It didn’t matter any more. I had come here to Hillston to find treasure. I had thought I would find it buried in the ground. I had found it walking around, with dark red hair, with gray eyes, with a look of pride. And I hadn’t recognized it. I had acted like a fool. I had tried to play the role of thief. But it didn’t fit. It never would fit. The money meant nothing. Ruth meant everything. I had had a chance and I had lost it. They don’t give you two chances.