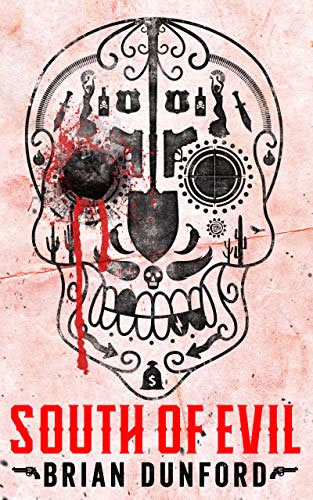 So, I downloaded this to my kindle as the author had contacted me through goodreads and suggested it to me. I read the blurb and found the story an interesting one and since I had a little time here, I figured why not take a break for those pulps of the 40’s and 50’s and read something set in a more contemporary timeframe. A story of a Federal Agent, a drug dealer, and a stash of cash just waiting south of the border in a winner take all tale. Well… this review is a story of timeframes, the benefits of finishing well and a reviewer ‘read all’ tale.

The first third of this novel was plagued by discontinuous timeframes, jumping back and forth, leaving me unsure where I was at times. Then there was an annoying issue with the names of characters, sometimes using a first name to identify a character but then jumping right in an using the character’s whole name and back again… when I really didn’t see it as necessary and I don’t recall any two characters having names that were in anyway similar. And, there are two characters which the author tells us are fond of calling people by nicknames. I love a good nickname, its can be very revealing and characters, but then I really got into the story, I find that only one or two characters are being referred to by nicknames… a little bit of an unfulfilled promises. As I finished the first third I figured I would rate it two stars and shelve it… but, instead, I decided to greatly increase my reading pace and move through the story at a much higher level sacrificing detail while maintaining a cohesive narrative.

As I finished the second third of this novel the timeframes had stabilized and I found myself following a more cohesive story. The characters were all well in place, their relations to one another were fleshed out a bit more, their sense of who and where they were has becoming more clear and the narrative came together and the author was able to pick up the story’s pace. As a result I decided to reduce my reading pace. I took a pause as I approached the two thirds mark and felt the story was really keeping me engaged and the characters were starting to grow on me here. Despite the fact that only ‘The Russian’ had a nickname. I was thinking that this would probably be a good, three-stars overall review if everything stayed stable.

But, every story has an ending… well, at least the ones I finish reading do! And this novel… it really had an ending. No spoilers here… I want you to read it for yourself. It really came together, well planned. The some main characters had really developed and changed in fundamental ways, others remained stubbornly, unapologetically unchanged, and climax was… climatic! It really ended well, a good four-star story once it got its feet under it. I would recommend it and see if there are more stories from Mr. Dunford.

Strauss hadn’t heard it in a long time, but he had heard “You don’t look Mexican” enough times to know it was true. He looked European. His hair and skin were lighter, and he had the bearing and countenance of the old world.

A man went into the small café. He made eye contact for a second with Strauss, but quickly looked away.