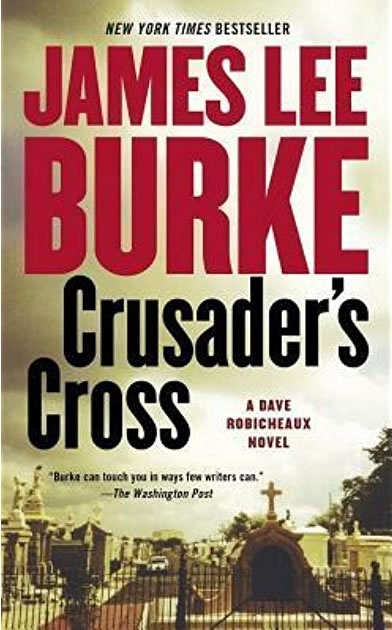 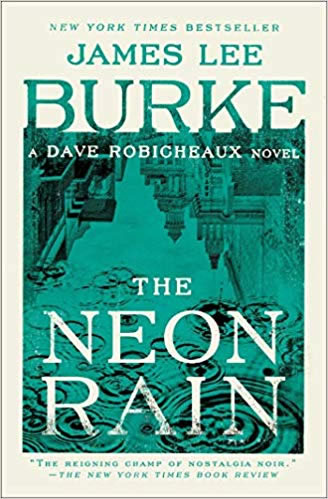 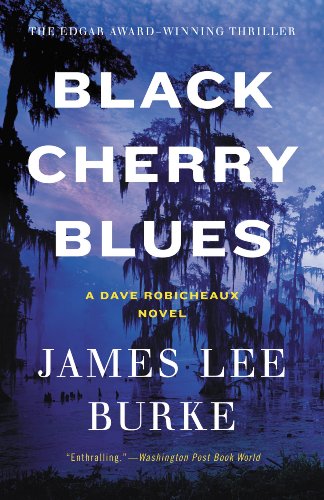 Black Cherry Blues – James Lee Burke Published in 2011 by Mulholland Books, 288 pages I read this on my kindle at a very nice price.

This is the third book in the Dave Robicheaux series, and it seems to pick up right after the death of his wife. Her death, as well as her ghost haunts him through this story. But it’s a friend of his from College that brings the former New Orleans homicide detective to check into a pair of oil company men his friend Dixie seems to have gotten himself in bed with.

One thing leads to another as they say, and when thugs send a not to subtle threat involving his adopted daughter, its payback time. Then, when one of the oil lease-men turns up dead, Dave follows the leads to Montana to clear himself and finds that his old friend Dixie has taken refuge with a mafia family who’ve helped him in the past.

With missing Indian activists, oil company land deals and mafia drug transactions… well as picturesque as the landscape is, it may not be the healthiest place for an ex-lawman to be asking too many questions.

I’ve read this book having just finished his novel New Iberian Blues (2019). Its been thirty years between these two books and it’s a clear demonstration of something I’ve been calling the “Stephen King effect”. This novel has a fairly simple linear narrative with a limited number of characters moving through it… whereas New Iberian Blues has several narrative threads weaving through numerous characters over a sweeping story arc, and it shows how James Lee Burke has grown and developed as a masterful storyteller.

And, though this novel is smaller in scope than its latter novels it is no less dramatic in is descriptive landscapes:

“I headed for the Blackfeet Reservation, on the other side of the Divide, east of Glacier Park. In the early morning light I drove up the Blackfoot River through canyons of pink rock and pine, with woodsmoke drifting through the trees from the cabins set back in the meadows. The runoff from the snowpack up in the mountains was still high, and the current boiled over the boulders in the center of the river. Then the country opened up into wider valleys and ranchland with low green hills and more mountains in the distance. I started to climb into more heavily wooded country, with sheer rock cliffs and steep-sided mountains that ran right down to the edge of the road; the canyons and trees were dark with shadow, and by the time I hit the logging town of Lincoln the air had turned cold and my windows were wet with mist. I drove into clouds on the Divide at Rogers Pass, my ears popping now, and rivulets of melted snow ran out of the pines on the mountainside, bled across the highway, and washed off the dirt shoulder into a white stream far below. The pine trees looked almost black and glistened with a wet sheen.” 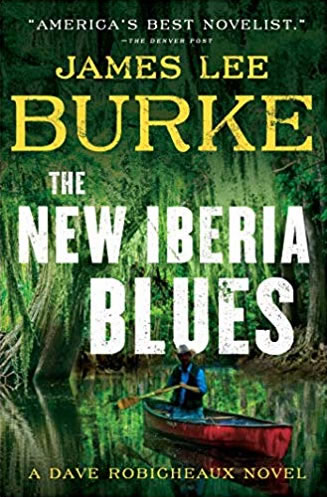