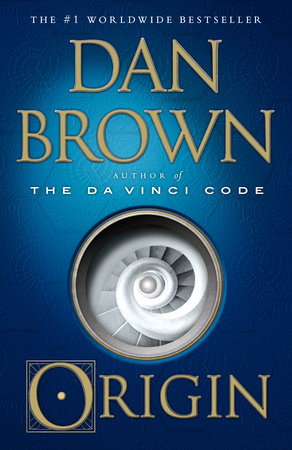 Origin by Dan Brown, published by Doubleday 2017 is the fifth and latest book in the Professor Langdon series. And yes, I can’t help but hear Tom Hank’s voice in my ear every time Langdon speaks in this novel… and I hear Penelope Cruz every time Ambra Vidal speaks. In this thrilling adventure Ambra is the director of a museum of modern art Guggenheim Museum in Bilbo Spain, and the future Queen Consort of Spain, being recently engaged to Prince Julian.

the novel deals with issues of science versus religion,  the central and often repeated question in the story.. where did we come from, and where are we going… questions whose answers are central to the three majority religions… and a celebrated atheist scientist is assassinated as he is about to reveal a presentation answering those very questions at a presentation in a Spanish museum of modern art. Now professor Langdon,  who  was a friend and professor of the scientist, and the future queen of Spain who is the museum’s director, really on the run from the assassin nd the place guard. And there is an element of social media that plays a big part in this story and it’s woven in very cleverly. Not to mention Winston,  the scientist’s self created artificial intelligence agent.

The story starts out with the presentation being delivered to a meeting between Edmund and leaders of the three dominant religions, a rabbi, an imam, and a Catholic bishop. Well, after Edmund is killed, the Rabbi, and the Imam are killed as well. Since you can’t have a conspiracy fueled thriller with people being killed, and have the killer be a Muslim. .. that would be Islamophobic; and your protagonist can’t be Jewish as that would be anti-Semitic; so, by due course, the conspiracy has to be seen as being perpetrated by the Catholic bishop. But, since is Dan Brown we’re reading here… all is not as it would seem.

Although the timeframe covered by this novel is tight, only comprising a day or two, that action is layered in such a way that we, the readers are following several different threads. These threads are woven into a tight tapestry. And it covers so many topics that Dan Brown’s protagonist Professor Langdon covering Science, philosophy, theology, art and architecture.

A wonderful installment to the series and well worth the time. I can’t wait to see the movie!

”   Langdon used his heel to scratch some lines on the gravel path between them. “True or false?” he asked.

One plus eleven is ten? “False,” she said immediately.

“And can you see any way this could be true?”

Ambra shook her head “No, your statement is definitely false.”

Langdon gently reached out and took her hand, guiding her around to where he had been standing. Now, when Ambra glanced down, she saw the markings from Langdon’s vantage point.

The equation was upside down:

Startled, she glanced up at him.

“Ten equals nine plus one,” Langdon said with a smile. “Sometimes, all you have to do is shif your perspective to see someone else’s truth.” 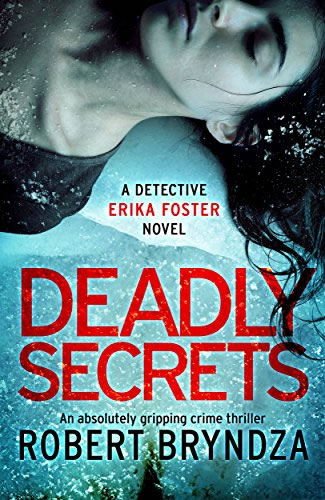