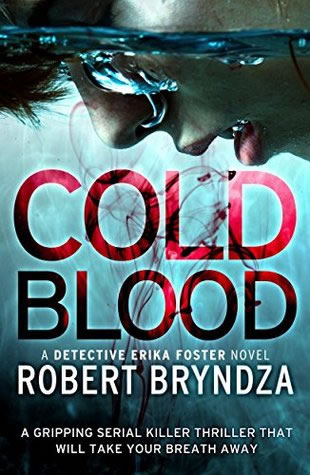 The fifth DCI Erika Foster novel is another great read. This time out, as DC Peterson recovers from his wounds, two bodies are recovered from the banks of the Themes. Dismembered and stuffed into suitcases… who could do such a horrible thing… and how does someone become a person capable of doing that? This is the story that answers those questions. As DCI Erika Foster and her team track down those responsible for these murders, the split narration shows how an ordinary person can become a person with the capacity to commit murder.

During the course of this investigation Erika continues to check on Peterson while he’s recovering. But, in a sudden twist Erika is betrayed by one close to her and she’s attacked while delivering evidence to the forensics unit. We follow Erika as she recovers from her wounds. The physical one she received during the attack, and the other… well… she is still coming to terms with the death of her husband years ago. She returns to Slovenia to stay with her sister and enjoy her niece and nephew.

During Erika’s recovery, the case is assigned to a drug investigation unit within the department where it becomes ‘lost in the tall grass’ until Erika returns. With new evidence, new perspective and renewed engagement Erika takes charge of the investigation again and her dogged pursuit of these ruthless killers brings about another tense and trilling conclusion.

Erika looked down at Nina’s body and felt an overwhelming sadness. How could a young girl with so much promise stumble down such a dark path? She looked back to the cave, and could just make out Max Kirkham’s feet through the gap in the rocks. It was quiet, and the light was fading, and she shivered. With her free hand, she closed Nina’s eyes.
The wind whistled across the heather and the air was bitterly cold, and Erika paced up and down to keep warm. She thought how long she had hunted for these two people, and of the trail of destruction they had left in their wake. And now she was alone, guarding their bodies.